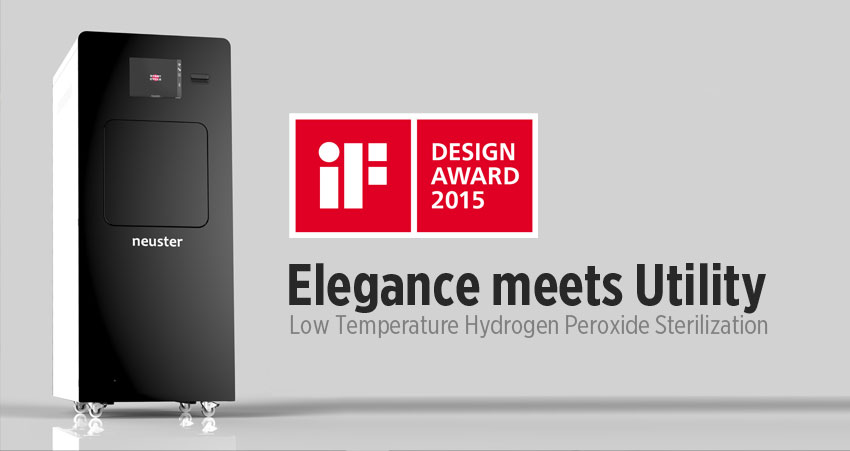 PMS Healthcare wins iF Design Award for next generation sterilizer
International manufacturer of sterilization consumables and devices awarded for elegance and utility.

Turkey-based sterilization device and consumables manufacturing company, PMS Healthcare Technologies, has been awarded for her next generation hydrogen peroxide plasma sterilization device with the renowned iF Design Awards, presented by the iF International Design Forum in Hamburg, Germany.

For more than 60 years the iF Design Award has been recognized as one of the most influential awards in the global design industry, with this year’s judging panel assessing more than 5,000 entries from 53 countries. 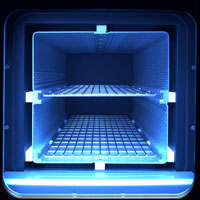 PMS won the award for the design of ‘neuster h2o2 Plasma Sterilizer’, an environmental and user friendly sterilizer with a unique and distinguishable design. Neuster sterilization device is intended for the sterilization of heat-sensitive reusable and disposable medical devices and instruments.

With the launch of the sterilizer planned in 2015, PMS becomes the only consumables and device manufacturer in the world.

‘Neuster H2O2 Plasma Sterilizer” was recognized with the iF Design Award in the Product category for medicine, healthcare for its ergonomic design and impressive features. With its minimal and modern design, neuster h2o2 plasma sterilizer strikes perfect balance between elegance and utility. The sterilizer provides exceptional sterilization performance and user comfort thank to its sophisticated technology and user interface. The front surface is covered with black shock resistant glass surface combined with a large sized capacitive touchscreen.

PMS’s General Manager, Ozgur Guler, said the company is pleased to receive the renowned iF Design Award for their sterilizer. “It’s an honor to be recognized for our concept and design of our hydrogen peroxide plasma sterilization device. This next generation sterilizer is an outcome of three years lasting intensive R&D project and we are delighted to be awarded for our efforts.”

Mr. Guler also adds “End of 2014 we signed a long-term agreement with the Illinois Medical District Commission for our new plant in Chicago and we are planning to launch our unique sterilization device that uses hydrogen peroxide for a wide variety of medical and dental sterilization applications sterilizer after FDA approval.”

About PMS Healthcare Technologies
PMS is an international producer of sterilization consumables and devices. Since 1997, it has been producing efficient, reliable and flexible solutions for health institutions and medical device manufacturers with its wide product range. Operating in more than 70 countries in five continents and with production plants in international standards in Turkey and sales office in Germany, PMS plans to open her newest plant in Chicago, Illinois Medical District within 2015.